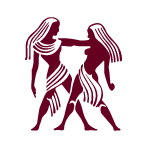 The protagonist (or should that be antagonist?) of E.L. James’ Fifty Shades of Grey, according to the second volume in the series, Fifty Shades Darker, celebrates his birthday on June 18th. This makes him a Gemini (just; he’s only a couple of days off being a Cancerian).

So, is Christian Grey a typical Gemini?

He’s certainly the embodiment of the Gemini man’s urge toward sexual experimentation. As it says on our How to Attract a Gemini Man page, “For the Gemini man, sex isn’t purely a physical activity, it’s a mental and creative endeavour. For that reason, he’s as likely to be excited by what you say as by what you wear (or don’t wear). Of all he signs of the zodiacs, none enjoy sexual role play and fantasies as much as the Gemini man.”

But that’s about it for the Grey’s Gemini traits. His need to dominate and control are more in keeping with the demanding Capricorn, as are his wealth and success. And whilst the idea of having a secret ‘second self’ is in keeping with the Gemini man’s character, secretiveness is far more of a Scorpio male trait. It could also be argued that Grey displays classic Aries male qualities in that he is excited by the early stages of the relationship but requires surprises in order to sustain a relationship; in the case of Fifty Shades of Grey, the surprise is Anastasia Steele’s virginity.

So, is it believable that Christian Grey could be a Gemini? Absolutely. The other qualities and compulsions he demonstrates can all be more than adequately explained by his less than conventional upbringing – neglected by his drug-addict mother, abused by her pimp boyfriend etc – all of which could reasonably be expected to warp and distort an otherwise relatively conventional sexually adventurous Gemini.