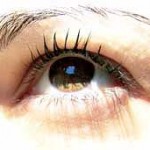 Despite many advances in the equality between men and women, particularly when it comes to dominant/submissive roles within romantic situations, men simply aren’t used to being flirted with: they’re more often the flirter than the flirtee. Don’t get me wrong, men love to be the object of flirtation: they’re just not all that certain of when it’s happening! Which, is a roundabout way of saying, don’t be too subtle. Start off subtle by all means, but be prepared to take things up a level when all you receive is a blank, uncomprehending expression.

With that in mind…

Keep in mind everything you’ve just read in the previous chapter. The vast majority of the ‘positive signs’ you’ll be looking for in his body language, he’ll be looking for in yours. So, lots of lingering glances (but no persistent stares), face him directly with shoulders relaxed, smile and… To be honest, if you really like this guy, the chances are you aren’t going to be able to help but transmit positive body language.

Make sure you are alone with the object of your flirtation. People can get pretty uncomfortable when someone flirts with them in front of others. He’ll find it difficult to respond honestly to your remarks and, more often than not, the situation will quickly descend into coy humour and innuendo, which probably isn’t the outcome you’re looking for.

Regulate your voice. Speak softly, but not so much that you sound like a midnight-hour DJ. It might be a good idea to practice this: you could even leave a message on your own answering machine. A softness to the voice sends the message that you are talking to him and him alone, plus it forces him to be a little more attentive.

In the preceding chapters, I have, on occasion, advised you to impart snippets of information designed to appeal to his particular nature. However, as a rule, you should try to talk less about yourself and more about him. Ask him questions which are likely to draw out a lengthy answer, not just a simple ‘yes’ or ‘no. So, don’t ask him if he liked a particular movie, ask him what he liked about a particular movie. If he repeatedly redirects the conversation back to you, don’t worry: this is a good sign, because it means he’s interested in you and he doesn’t want to make a bad impression by hogging the airwaves.

Be yourself. It’s a lot easier. When you’re trying to convey a personality which isn’t entirely your own, the strain can begin to show. You’ll seem like you’re not having a good time and your questions and responses will lack spontaneity and sincerity. It can be tempting to adopt a persona you think might be more attractive, but this rarely works. By just being yourself, you remove a huge amount of effort from the proceedings, making you seem more comfortable, warm and genuine.

If you’re a little shy or don’t feel comfortable deliberately flirting, you could try encouraging yourself to flirt unconsciously. It’s very easy: whilst your talking to the guy, try thinking of something sexy. It could involve ‘the guy’, Brad Pitt, Justin Timberlake, Denzel Washington, or all of the above. As a consequence of these naughty thoughts, your positive (and positively flirty) body language will go into overdrive. You might not even be aware of the signals you’re sending out, but rest assured, send them you will.

It helps if you’re feeling good. If you’re able to plan your flirtation in advance, make sure you’ve had a good night’s sleep and are feeling refreshed and well-rested. Pick an outfit that makes you feel comfortable and attractive. Wear a nice perfume (but subtly does it). If you’re feeling fabulous, you’ll  radiate an easy-going charm that will make you very pleasant company.

Be yourself, feel good, be aware of your body language, take an interest, speak softly and if all else fails, think naughty thoughts!

Want to Learn How to WOW YOUR MAN IN BED and MAKE HIM YOURS FOREVER?