The Ambitious Nature of the Capricorn Man 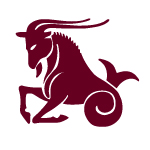 Despite his ambitious nature, the Capricorn man is an evolving individual who does not fully develop himself until he is older and more mature. He builds his character as he goes through life’s experiences with a strong and determined drive. In his early years, the Capricorn man is often self-conscious and timid simply because he has not yet defined his place in the world of business and enterprise yet.

Pragmatic to a fault, the Capricorn man tends to place his career first before romantic liaisons. His hardworking nature creates an enduring tenacity that leads him to take hold of his career-minded goals and put them above all else in his life. The Capricorn man places a premium upon power and the respect that it can garner for an individual.

Tying this man down and getting him to propose could very well have to wait until he is in his thirties and his career is firmly established. Despite the likelihood that a Capricorn man will marry later in life than some of his peers, he will develop a secure relationship at some point in his life. In fact, at this point in his life, he will no longer be the self-conscious individual of his youth, but he will be a self-sufficient, independent man who believes in himself and his ability to make the right decisions in life. Therefore, loyalty in his romantic liaison will be a given since he will be sure that he has selected the perfect mate for himself.

A woman who loves a man with this Zodiac sign will need to be secure in his love for her. She will need to be able to live with the fact that this man’s career comes first simply because it defines him as a person. If she can do this, then she is likely to remain married happily ever after.