The Aries Man in Bed 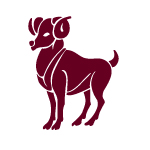 We’ve had such a great response to our Capricorn Man in Bed blog post, we’ve decided to cover the between-the-sheets aspect of each of the men of the zodiac, starting today with the Aries Man in Bed.

Before you even get between the sheets, however, the Aries man represents something of a challenge in the pre-boudoir phase of the relationship. The Aries man is impatient and not one to beat around the bush, so he’s unlikely to want to take things to slowly. On the other hand, he also likes a challenge. So, right from the outset you’ll find yourself in the awkward position (so to speak) of having to resist his advances with enough vigour not to appear a pushover but not so much that he gets impatient and decides to call the whole thing off. This shouldn’t be too much of a problem because, at the risk of generalising to an offensive degree, women are, on the whole, pretty good at this sort of thing.

Once you’ve moved into the boudoir-proper phase of the relationship, you’d think things would get a little easier. If only. The delicate balancing act of submissive-but-not-too-submissive continues between the sheets. To quote our ‘How to Attract an Aries Man’ page:

The Aries man likes to feel like he’s in charge, but at the same time doesn’t respond well to a completely submissive partner. With a combination of raw, energetic sensuality and a suggestion of semi-virginal uncertainty, you’ll be able to lead the Aries man by the nose. Well, maybe not the ‘nose’ exactly!

When it comes to lovemaking, as with everything, the Aries man jumps in feet-first. Not literally, of course; that would be awful. As a result, he may have a tendency to overlook your needs as he just follows his own rampant energies. Whilst he won’t dispense with foreplay entirely, he’ll treat it more as a dramatic pause before the main event, rather than as an activity in its own right. Don’t worry, this shortcoming is a pretty easy problem to overcome. You simply have to tap into the Aries man’s innate desire to succeed. If you let him know what pushes your buttons and, therefore, constitutes sensual ‘victory’ for you, he’s likely to go all-out to make sure those buttons are successfully pushed. The Aries man is nothing if not competitive. But don’t give instructions. The Aries man hates to feel he is simply doing what he is told. Just try to slip your preferences into conversation as a kind of glib aside, or react very audibly when he happens to do something you find agreeable.

Difficulties may arise if you prefer to be the dominant partner, sexually. The Aries man is not comfortable with dominant women, and the extreme Aries man simply will not tolerate being dominated. This could create something of an impasse. But it doesn’t have to. By creating the illusion that he is dominating you physically, you are effectively controlling him, therefore dominating him mentally. It’ll be your little secret. All of this can make for a psychologically thrilling relationship, as you construct a theatre around your sex life of which he is blissfully unaware but of which you are the playwright, producer, director and protagonist. A word of warning, though. What might start out as ‘thrilling’ may, over time, become more than a touch exhausting!

The Aries man is not for the faint of heart, feeble of mind or weak of will. If you are up for the challenge, however, the rewards can be very rich indeed, not to mention exhausting in an altogether more pleasurable sense.

If you’re really serious about getting your hands on an Aries man, you must take a look at our brand new Love Spells and Affirmations! Click here.