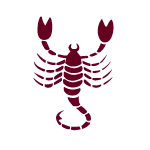 If astrology is to be believed, then any woman dating a Scorpio man is very lucky indeed. Smouldering, charming, and possessing oodles of sex appeal are just a few of the characteristics that go to sum up the average Mr Scorpio. However, there’s a lot more to this guy than at first meets the eye.

If you’re dating a Scorpio man then you probably know already that you’re in a relationship that’s pretty intense and passionate – or at least has the potential to be. This is one man you won’t forget in a hurry. One thing about the Scorpio man that you will quickly come to discover is that he has very strong opinions on most subjects – and rarely will he remain indifferent about anything. The Scorpio guy sees the world not in shades of grey, but in stark black and white. Dating a Scorpio man can, therefore, mean that you have a partner that’s not only devoted to you but also feels very strongly about you. Great, you think, and in most cases it is. But sometimes Mr Scorpio can be a little too intense. If you’re the type of woman that’s fairly independent and wishes to remain so, you might need to take a little time to explain to your Scorpio man that your wanting to remain independent in some areas of you life doesn’t mean that you don’t care for him. Passion and intensity are all very well, but sometimes dating a Scorpio man can mean there’s little time left for other pursuits.

Scorpio men are sensitive and emotional although they hide these traits very well under a cool and calm exterior. If you’re dating a Scorpio man, at the beginning of your relationship, before he feels comfortable enough to bear his soul (which, by the way, will be as dramatic as it sounds), you may wonder what he really thinks about you. Don’t be disheartened if you feel that he’s playing things a little too cool, this is just Mr Scorpio’s way. Dating a Scorpio man, you’ll get to learn that he always likes to be in control and to have the upper hand. It takes time to earn this guy’s trust, but once you’ve got it then you’ve got a mate for life – that’s if everything in the garden stays rosy: if it doesn’t, then make a quick exit. No one wants to have a Scorpio guy for an enemy.

While Scorpio men are branded intense and sexy, they are also great fun. Most are not above playing the clown, especially if they know that it will bring a smile to your face. Dating a Scorpio man, you will always be treated well. This man also places a lot of emphasis on the sexual aspect of a relationship and is willing to work hard to ensure that his partner enjoys their love-making. Admittedly, Mr Scorpio likes to be in control, so the relationship will probably work best when you let him take the reins. Also, never try to deceive your Scorpio lover: this man has an uncanny ability to see through any form of deception. But then again, dating a Scorpio man, no woman is going to have to hide clandestine meetings with other men because this guy is all she’s ever going to need. It’s fairly true to say that dating a Scorpio man is an experience all women remember for many years to come.

Want to Learn How to WOW YOUR SCORPIO MAN IN BED and MAKE HIM YOURS FOREVER?