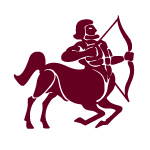 In this post, we’re going to identify the Mr One-Night Stand characters of the zodiac.

The first and probably most common reason for wanting to know whether a particular guy favours the one-night stand is because you want to avoid him like the plague. You’re looking for Mr Right, the Keeper. You’re looking for a man for whom sex and love are virtually indistinguishable, a continuum of emotion and sensuality. Mr One-Night Stand is the sworn enemy of your heart and spirit, a real-and-present danger to your self-esteem, security and wellbeing. You hate Mr One-Night Stand with a passion. This post will enable you to avoid this subhuman slime.

The second reason, less common (or less commonly admitted to), is that you want a one-night-stand. You want to identify a Mr One-Stand of the zodiac so you can hunt him down and have him!

And why not? Not every woman wants the complications and time-demands of a long-term romantic commitment. But most women need the physical excitement and satisfaction that only sex can deliver. There was a time when such a woman would have quickly acquired an ugly collection of unpleasant names (and that attitude still, unfortunately, persists to a certain degree) but people are a little more broadminded now.

Why should a woman deny herself the pleasures of the flesh simply because she recognises that she isn’t in the right place from which to create and maintain a full-time relationship. If you meet a guy who pushes all your buttons physically, sensually and sexually but clearly lacks what it takes to become your lifetime’s companion, then why can’t you simply have him and move on?

So, not wanting to waste your time, here they are, in list form, astrology’s Lotharios, womanizers, dogs, dawgz, man-hoes, players, swordsmen and gigolos.

These guys are all potential one-night stand material. Which of them is the worst (or best, depending on your intentions and where your hormones are at right now)?

We’d have to say the Sagittarius man wins it by a nose, although Gemini and Scorpio gave him a real run for his money.

Let’s take a look at these dirty devils in a bit more detail.

Is the Aries Man a Womanizer?

The fact that one of the world’s greatest lovers, Casanova, was an Aries should be enough to give you pause for thought. The Aries man is determined and ambitious, he pursues things with a single-minded sense of purpose. Which is great. He’s the kind of man who gets things done. The kind of man many women would like to have around. The only problem is he enjoys the chase itself rather a little too much. After he’s got what he wants, he can rapidly lose interest.

That could be a good thing if you’re looking for a one-night stand. However, if you knock his socks off in the bedroom, he may well decide he wants you completely, and he will pursue you with dogged determination. Not great if you were just looking for a single night of sin and sensuality.

To summarise: the Aries man can be Mr One-Night Stand but only if the experience is less than eye-popping. Impress him and he’ll stick around, like it or not!

Is the Gemini Man a Lothario?

The Gemini man likes to keep moving. He doesn’t like to stay still. Routine and boredom terrify him. Gemini men don’t, on the whole, look for long-term relationships. They just sort of happen, through a mutual love of novelty, experience and experimentation.

The Gemini man is very much a one-night stand kind of guy. If you’re looking for a one-night stand, then great. If not, be prepared for a potentially exhausting experience as you strive to keep him intellectually, physically and sensually entertained. Some women like a challenge and the Gemini man provides ample rewards if you can meet and defeat that challenge.

Is the Leo Man a Dog?

The Leo man is a sensual individual and he views sex as a spontaneous act. What’s more, he doesn’t take it too seriously. In fact, he doesn’t take it seriously at all. Sensual, spontaneous and fun-loving, is the Leo man prone to uncomplicated sexual encounters? It doesn’t take a rocket scientist to answer that one! Perhaps the term ‘dog’ is going a little rough on him. He just views it all as harmless fun. If you’re looking for a little harmless fun, then the Leo man is very much the go-to guy. If you want something more serious, just tell him he’d the best you ever had. He loves to be admired and will stick around just so long as you lavish him with praise.

Is the Scorpio man a Dawg?

Yes, the Scorpio man is a dawg. What’s more, he’s almost always on-heat. Extremely sensual, his erogenous zone can be found between his legs. I know, I know: the Scorpio man and, like, every other guy on the planet! But, for the Scorpio man, the genital area is extremely sensitive and a constant source of distraction. He really does let his penis do his thinking for him. What’s more, sex and love are not the same thing for the Scorpio man. Love is love and sex is sex, and never the twain shall meet. If you’re looking for a one-night stand, look no further. If not, this human sex toy needs to be handled with care!

Is the Sagittarius Man a Swordsman?

The Sagittarius man finds it very difficult to say ‘no’. In fact, he finds it almost impossible. He has an I’ll-try-anything-once zest for life. As with anything in life, he likes his sex varied, exciting and even a little dangerous. A one-night stand will suit him just fine. What’s more, he loves his freedom. Any attempt to tie him down will be greeted with resistance. Looking for a one-night stand? You’ve struck gold. Want something a little bit (or a lot) more serious? Then the tell the Sagittarius man to point his arrow elsewhere!

The Rest of the Men of the Zodiac

So, there’s our top five man-hoes. But we’ve all heard of men of other star signs sleeping around and doing the dirty, so let’s not let them off too lightly, just because we’ve identified the main offenders…

Is the Taurus Man a Player?

In a word: no. The Taurus man is almost frighteningly loyal. Be true to him and he’ll be true to you. Forever. Hurt him, and he will find it extremely difficult to forgive you. That isn’t to say he won’t have a one-night stand if he isn’t currently in a good relationship. However, he will be hurt when he realises is was just a roll in the hay.

Very unlikely. For the Cancer man, sex is an expression of love and simply a case of giving in to the demands of the flesh. He finds it difficult to be intimate with someone unless he is entirely comfortable in their presence. Over the course of a single night, this is improbable to say the least. Besides, what would his mother think?

Is the Virgo Man a Gigolo?

The Virgo man is unfairly perceived as being prudish when it comes to sex. Whilst it’s true that of the all the signs of the zodiac, he is the man who finds it easiest to abstain from sex entirely, this isn’t because he doesn’t enjoy sex. It is because, for the Virgo man, sex has to be perfect. For the Virgo man, sex needs to be a cultured experience, a delicate, elegant experience. Sex is art. This isn’t the kind of experience that’s likely to come out of a one-night stand. Sex like at this level requires patience, understanding, research. Wham-Bam-Thank-You-Ma’am just isn’t in the Virgo man’s vocabulary.

Is the Libra Man a Scoundrel?

The Libra man is the very definition of a keeper. In fact, he needs to be in a relationship. Alone, he is like a fish that has somehow managed to leap from the fish tank, twitching and gasping. That being said, if you’ve fixed your beady eye on a Libra man who just so happens to light your fire, he is the most easily led. Just don’t let him know that you fully intend to jettison him once you’ve had your fun! Now, who’s the scoundrel?

Is the Capricorn Man a Man-Slut?

The Capricorn man is the most ambitious sign of the zodiac. He’s the man with a plan. And it’s almost always a long-term plan. To the Capricorn man, a one-night stand is an exercise in short-termism, and that just isn’t his style. He’ll be looking for a woman who can be his life partner, subjecting her to a similar degree of scrutiny he would a business partner. He’ll want a woman who can support him, be there for him This requires a lot of assessing and testing. The kind of thing that can’t be achieved in a couple of hours in a hotel room. That being said, if you’re his boss and can smooth the way for him to get that all-important promotion, he’ll in your bed, naked, oiled and ready to impress in a flash!

Is the Aquarius Man a Love Rat?

It’s true that the Aquarius man likes his freedom but this doesn’t necessarily make him one-night stand material. He is quite an ethical character, not to mention a little prudish. Although he is unlikely to go for the full hit-and-run, he will jump at the chance to enter into the kind of relationship that doesn’t require you spending too much time together (though this doesn’t mean spending time with other people). So, a casual relationship? Yes. One-night stand? No.

Is the Pisces Man a Tart?

No, no, no. In fact, the Pisces man is at entirely the other end of the spectrum. He falls in love easily and with all his heart. Which is great if you’re looking for a life partner. If you thought last night was all about the grunting and the squelching, you could find yourself with a stalker on your hands!