Which male zodiac signs are likely to have an affair? 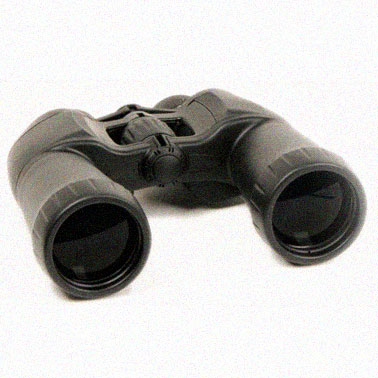 The Zodiac Spotter’s Guide to Players

So, last week we published a pretty comprehensive post exploring the dogs, dawgz, players, gigolos, womanizers, Lotharios, rogues and plain old man-hoes of the zodiac. If you missed it, you can read it here (it’s well worth the effort).

But then, here at The Astrology of Love, we got to thinking. The post worked perfectly well as a kind of academic piece, but it wouldn’t help you spot one of these man-sluts. Fine if you know the guy’s star sign, but what if you don’t?

What if you’re in a club, or even at work, and some guy puts you on the spot? You like him. He’s cute. But the last thing you need right now is a one-night stand. You’re looking for something more meaningful, something a little more long-term.

Whatever your intentions (and who are we to judge?) this Zodiac Spotter’s Guide to Players should provide you with the information you need.

The Zodiac’s players are:

The out-and-out dog of the zodiac is the Sagittarius man but the Scorpio man and the Gemini man are in hot pursuit. The Aries man and the Leo man both have strong player-tendencies, they are less determined in their pursuit of the one-act bump-and-grind. Still, approach with caution!

The Sagittarius man is a kind of perfect storm when it comes to one-night stands. He loves his freedom. He hates to be tied down. He hates routine. He can’t say ‘no’. Enough said.

The Scorpio man is basically a penis that, using strange supernatural powers, has managed to convince people that it’s a human being. A bit like the lizards in V, but, you know, a penis. Sex is central to his existence and he never, never confuses sex and love.

The Gemini man is addicted to experimentation. He loves to try new things. And new people. Boredom terrifies him. If there was a movie called Boredom, the Gemini man would watch it from behind a cushion with one eye, the way normal people watch Hellraiser.

The Aries man loves the thrill of the chase. He loves sex, too, of course. He’s a man. But once he’s seized his prize and had his way, he can sometimes be left wondering what all the fuss was about.

The Leo man likes sex. A lot. But he also sees it was ‘just a bit of fun’. Which can hurt if you thought you were engaged in a soul-sharing act that should mark the beginning of greater things. Plus, he’s a little self-centred, self-obsessed eve, so he can be a little, “What are you getting so upset about?”

So, let’s weed out these rogues.

Probably teaching you to suck eggs here, but just so we don’t miss the obvious, let’s assume you’ve somehow got hold of this guy’s date of birth but you don’t know which star sign this relates to. Feel free to skip this bit if we’re insulting your intelligence (and accept ur humble apologies).

Okay, now we’ve got that out of the way, let’s look at his physical appearance.

The Physical Appearance of the Sagittarius Man

The Sagittarius man has a pronounced forehead and a thick head of hair, which will tend to have a bit of an outdoorsman quality about it. Think Wolverine.

He will often have something of ‘a twinkle in his eye’.

When it comes to body shape, there are two distinct varieties: tall and lean, or short and stocky. We’re talking either greyhound or bulldog.

The older Sagittarius man may struggle with his weight a little, ruled as he is by Jupiter which can cause appetites to get out of control. However, he’s one of those guys who carries it well.

The Behaviour of the Sagittarius Man

If the guy you’re looking at is whizzing around, an irrepressible lightning bolt of a man, chances are he’s a Sagittarius. At work, he’ll be constantly on-the-go, stopping only for a chat (he likes to chat, our little rogue). Unlike the Capricorn man, he isn’t trying to clamber up the greasy pole of career progression; he just likes to keep busy.

The Sagittarius man is nearly always well-travelled. So, if he’s babbling on about some ancient temple in the jungles of Borneo? Sagittarius. He’s also physically adventurous, so talk of bungee-jumping, rock-climbing and fire-eating are strong indicators that the guy you’re talking to is a Sagittarius.

The Physical Appearance of the Scorpio Man

The Scorpio man tends to be quite hairy, being as he is the wild-man of the zodiac. So, look for hairy arms and legs, a hairy chest and, even abundant eyebrows!

The Scorpio man is also the kind of guy who divides opinion. Some women will be adamant that he’s the sexiest guy they’ve ever seen, whereas some will thinks he’s positively ‘meh’.

Sensual to a fault, the Scorpio man will have a sexy walk. He likely won’t even be aware of it, as it isn’t a deliberate flirtatious device. He just kind of flows when he walks. You’ll know it when you see it.

The Behaviour of the Scorpio Man

Socially, you’ll be able to spot a Scorpio man from quite a distance. Women want him, and there will be no shortage of potential bed-mates! Just look for the man with any number of women hanging on his every word.

At work, however, it’s a different matter. He’s extremely career-minded and every ambitious. He’ll tend to play his cards close to his chest, and he doesn’t like to lose. So, look for a hardworking, secretive bad loser and you’ve found your Scorpio man.

At work, he’s all work. If he starts talking to you about your career ambitions but is quite cagey about his own strategies for success: Scorpio. At play, he’s flirty in the extreme. Despite his reputation for secrets and gamesmanship, he is a very honest character, to the point of being blunt. So, if you ask a guy whether he thinks your new dress makes your ass looks big and he replies, “Yeah, kind of,” then he’s probably Scorpio. If he replies, “Yeah, kind of. But it’s fine ass nonetheless,” then he’s definitely a Scorpio man.

The Physical Appearance of the Gemini Man

The Gemini man has something of an elfin appearance: tall and lithe. Slightly receding hairlines are common, even in young Gemini men, and can give them the outward appearance of intelligence.

The big giveaway, however, is the eyes. Not the eyes themselves but the lashes. Gemini men are naturally bestowed with the kind of eyelashes most women spend a small fortune over their lifetime trying to create. So, if you’re talking to a guy and his eyelashes make you wonder if God has a cruel sense of humour, then there’s every chance he’s a Gemini man.

The Behaviour of the Gemini Man

Like the Sagittarius man, the Gemini man is likely to be well-travelled, so talk of exotic locales and experiences is common. Unlike the Sagittarius man, however, the Gemini man won’t go on at length, preferring short bursts of conversation on any given subject before moving on. So, if you’re talking to a guy and he keeps changing the subject repeatedly, like someone pressing the skip button on their MP3 player because they just can’t decide what track to listen to? Gemini.

The Physical Appearance of the Aries man

The Aries man will often look like a boxer. Physically strong with a fierce-looking face that exudes focus and purposefulness. But he somehow manages to carry this off without appearing thuggish. So, maybe ‘boxer’ isn’t quite on the money. More ‘noble warrior’, come to think of it. So, if you’re looking at a guy who looks like he could walk though the toughest part of town without a care in the world? Aries.

The Behaviour of the Aries Man

Noble warrior that he is, the Aries man can be quite combative, argumentative even. He likes a good spar, mental as well as physical. The noble warrior is also to be found in his tendency to be the Knight in Shining Armour to your Damsel in Distress.

At work, he is very likely to be in a position of some authority. And if he hasn’t achieved boss status yet, it will be very clear that his is utterly determined to do so.

Although argumentative, the Aries man is very traditional. When he speaks to you, even when disagreeing with you, he will always be polite. He is also a very supportive person; he loves helping people. So, at work for example, he will freely offer advice on how you might better carry out a task or how you might improve the chances of success of a particular project.

The Physical Appearance of the Leo Man

It is a common misconception that the Leo man is easily identified by his thick mane of leonine hair. If only it was that simple. Although an impressive head of hair is quite common in Leo men, it certainly isn’t a given.

A large head is a more common feature. The kind of head that looks like it either houses an enormous and powerful brain, or could be used for cracking rocks. A prominent nose, Roman in shape, is quite common, too.

A sturdy, well-proportioned physique is not unusual, with broad shoulders and an impressive back. A short Leo man is very rare, so look for guys who are above average height.

The Behaviour of the Leo Man

This is where the Leo man really gives himself away. He sees himself very much as an entertainer. He loves making people laugh and he must, simply must, be the centre of attention at all times. Both at work and socially, the Leo man will be popular, so head for the crowd and find the loudest guy there.

If almost everything out of his mouth is some kind of wisecrack, funny anecdote or witty observation, then you are most likely talking to a Leo man. Don’t get me wrong, you might not find anything he says wise, funny or witty, but he sure does! A tendency to boast is quite common, too.

Whether you’re looking to make a beeline for one of these naughty gentlemen or want to avoid them like the proverbial plague, we hope you found this blog post informative and fun. If you did, spread the love around and share it on Twitter, Facebook, Tumblr, wherever. Thank you!