How to Get a Leo Man Out of the Friend Zone 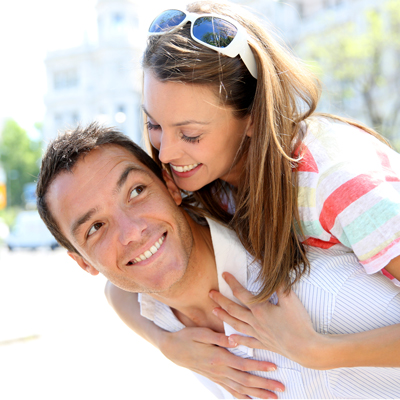 Love and the Leo Man: Taking Your Friendship to the Next Level

Sensual, loyal, and always the center of attention, Leo simply needs to be adored–always. Of course, his ever-popular nature means you might find yourself competing with his numerous other admirers for a position in his fan club, but as his close friend, you’re in the unique position of seeing past the Lion’s ever-present wit and showmanship to a side of him that few are even aware exists: his vulnerable, tender side. The consummate alpha-male, you may find yourself jockeying to stand out among Leo’s entourage, but once you find your footing, remember that for all his strutting, the Lion is a loyal, honest soul at heart.

The king of any jungle he sets his mind to owning, it can sometimes be hard to see past the dazzling display of ultra-confidence that a Leo sets up. As his friend, you might have been privy to some of this alpha warrior’s quiet moments of self doubt and introspection. Letting him know that his vulnerabilities and weaknesses (yes, he has them, just like every other mere mortal) don’t change your view of him as your own personal superhero will go a long way towards having him see you as more than just a friend and having you stand out among his sea of adoring admirers.

Let’s keep it real, here: vanity, thy name is Leo. Subtle or blatant, there are few things the Lion loves more than hearing how wonderful you think he is. You can gain some serious traction in your quest to leave the friendzone behind and gain permanent SO status with a Leo man by dishing out the compliments when he’s done something particularly praise-worthy and watching him lap up all the attention with his big cat in the cream-pot smile. Just remember–this is a one way street with Leo. Trying to “bring him down a peg or two” by using humiliation, harsh criticism, or deflating his ego is most likely to ruin your romantic chances altogether, so pile on the flattery, but proceed with caution when it comes to censure.

An alpha male of the first order, the Leo man is happiest when allowed to take a traditionally dominant, very masculine role. While he doesn’t mind if you initially ask him out, once a romantic interest has been established, he wants to be the one in charge, calling the shots, taking the lead, and making arrangements.

Jealousy and the Leo Man

The Lion is in search of a one-man partner, and will be instantly turned off if he suspects you’re the cheating type. Despite his charming and ever-popular personality, he’s fiercely loyal and honors honesty above all else, and expects the same from his lover.

That being said, however, a few subtle hints that there is competition lurking in the woodwork might actually spur him on. Contenders for your attraction–provided that you don’t take things too far and seriously make him jealous–can help to inflame Leo’s passion for you and fight to remain at the head of the pack.

Take a look at our GREAT VALUE eBooks