How to Get a Virgo Man Out of the Friend Zone 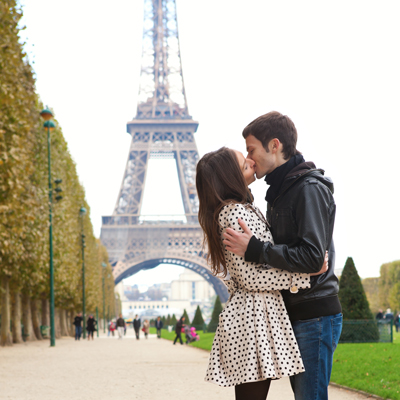 Love and the Virgo Man: Turning Friendship into Something More

Culture, sophistication, a brilliant mind the heart of a hero–it’s not hard to see why you’ve fallen head over heels for your Virgo BFF. But turning those feelings and even a mutual attraction might take some work when it comes to the always analytical Virgo. Understanding him, how he thinks and what makes him tick is a good first step in turning your best friend relationship into something more romantically inclined.

Something of a perfectionist, Virgo’s uncompromising ways are particularly in force when it comes to matters of the heart. Comfortable with his introverted nature, Virgo has no problem spending long stretches as a single person, and will literally wait years for the right person to come along. That may put you at a decided disadvantage, because you either are the right partner or you aren’t–and the simple fact is that he most likely has a mental image and psychological profile already put together of this imaginary person that may or may not be possible to attain. Your challenge, should you chose to accept it, is to win your Virgo man over not by becoming this fantastical illusion, but by showing him the real you and having him decide to take a chance on you instead.

A helper by nature, you’re likely to find your Virgo object of affection in some kind of supportive role–either career wise or in his personal life. Asking for his assistance is a great way to get the ball rolling and the conversation flowing–there are few things Virgo enjoys more than the sense of accomplishment he gets from helping someone else get things done. But remember: you should go to him because you know he has the answers and can help you out of your particular issue, not because you’re floundering in a sea of uncertainty. Helping is his specialty, but vapid cluelessness is one of his biggest turn offs–playing dumb won’t get you very far with one of the keenest minds in the zodiac.

There are no two ways about it. The Virgo man is a perfectionist and a neat freak. It’s a concept that extends to his preferences in physical appearances as well. He’ll appreciate any and all efforts on your part to appear neat, hygienic, groomed, and tidy. That doesn’t mean he can’t (and won’t) think you’re adorable first thing in the morning when you’re hair is still sleep rumpled, but don’t expect any long lingering kisses until you’ve both had a chance to brush and floss your teeth. A smart, healthy, well-groomed look is his favorite, and his eye for detail will take in everything from your nails to your clothing.

Appeal to His Dry, Witty Sense of Humor

Less is more when it comes to winning over a Virgo guy. That includes his general distaste for excesses, drama, and falseness. Gushing compliments and lavishing him with dripping praise may tend to come across as insincere and somewhat shallow, so stick to a couple of honest words of appreciation. He may dismiss them brusquely with a quick and self deprecating comment, but rest assured that he’s secretly thrilled that you find him attractive and were willing to be up front about it.

Even better? Appeal to his dry, sarcastic sense of humor. Virgo men have a fantastic sense of humor and irony, and while crude jokes and belly laughs aren’t usually his bag, if you can make him laugh by appealing to his clever wit and droll side, you’ve massively increased your chances at seducing him.

Take a look at our GREAT VALUE eBooks