How to get a Scorpio man out of the friend zone 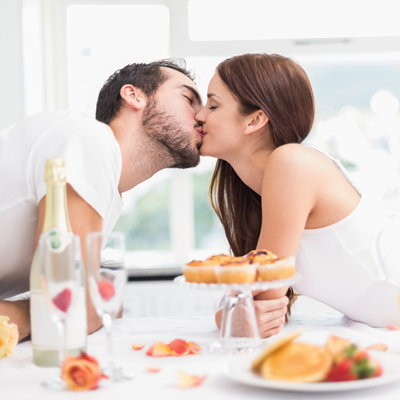 Love and the Scorpio Man: Out of the Friendship, Into the Fire.

Dynamic and sensual, Scorpios have earned their reputation as the zodiac’s most prolific lovers. But there’s more to this intriguing sign than their list of conquests, and learning to what makes them fall in love could be your key to winning over the Scorpio man of your dreams.

One of the main obstacles you may face when it comes to capturing the attention of your Scorpio best friend and getting him to see you as something more than a friend is going to be the competition. Sensual and seductive without meaning to be, the ever-attractive Scorpio attracts potential lovers with an animal magnetism that can be maddening if you’re insecure or unaccustomed to being surrounded by rivals vying for your spot.

A dedicated worker with his eye on the prize, if you share a work place with a Scorpio, he’ll most likely admire a similar dedication in you–that is, if he can tear himself away from his own work long enough to see outside of his own perimeter in the first place. Once you do manage to get the elusive Scorpion alone for a few minutes of conversation, keep the topics intriguing (nobody loves mystery and intrigue more than a Scorpio, after all) but avoid getting too personal. Scorpio hates feeling like he’s being analyzed, and will react with suspicion to anything he feels is even remotely akin to someone trying to “get into his head.”

Create an Air of Mystery

Once you’ve caught a Scorpio’s eye, the best way to keep him fascinated is to keep yourself surrounded by a gentle air of mystery for as long as possible. Yes, sexuality and physical intimacy is an essential component to any relationship, but when it comes to Scorpios, sex is not only important–it’s akin to breathing. However, just because it’s an essential part of Scorpio’s relationship meter doesn’t mean it should be rushed into.

Scorpio can’t resist a challenge. So go ahead and put on a little something provocative for your big night out, but be sure to leave a little something to the imagination. He’s used to having everything handed to him on a silver platter when it comes to carnal matters, and few things intrigue him more than a little mystery. Make him work a little harder than usual for it, and he may look at you as something worth waiting for. He likes solving puzzles, so make sure to keep a little something about yourself hidden away for him to discover later. A word of warning though: mystery is fine, but be careful not to confuse that with half truths or actual lies. Dishonesty is Scorpio’s one big deal-breaker, so lying to him may well ruin your big chance at setting a seduction scene.

Don’t Try and Boss Him Around

Despite his thick outer skin, Scorpio often harbors some insecurities, which they keep very carefully hidden away. Because they like to keep themselves in the position of power while still getting to know as much about you as possible, prying too much into his life or attempting to tell him what to do, especially early in the relationship, is likely to make him suspicious of your motives and put him on the defensive.